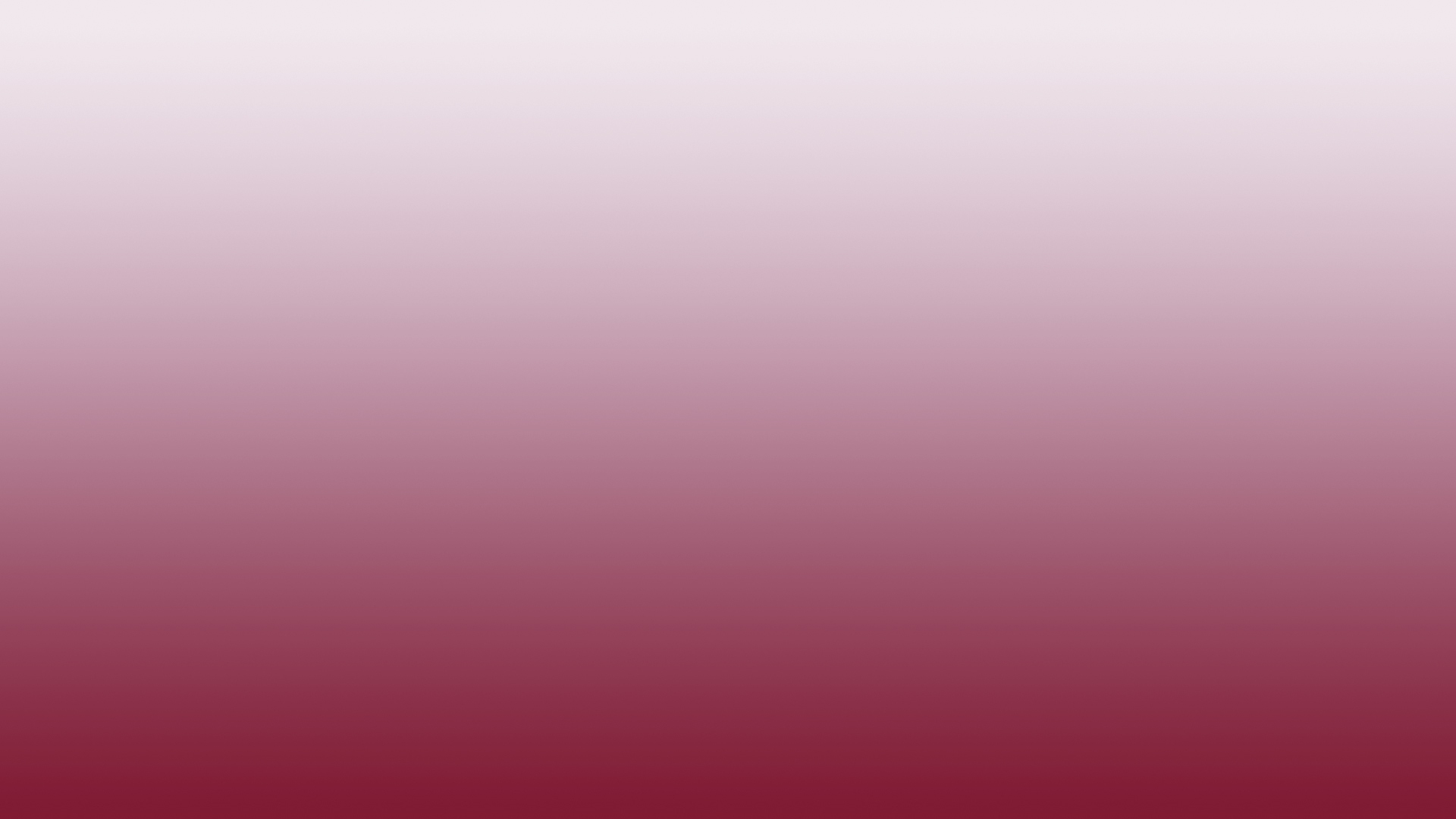 The history of St. Martin of Tours begins with the early histories of Holy Assumption and Sacred Hearts Parishes.  On December 20, 1839, the town of Franklin was founded, and a few years later, in 1842, Father Martin Kundig settled here.  Church services were held near what was to be the village of St. Martins. Hearsay has it that Father Kundig platted the village of St. Martin's and that it was named after him, but no records have been found to prove this.

Large numbers of Catholic German immigrants began to arrive in the country and many settled in the St.Martin's area. They attended Holy Assumption Church, a primarily Irish congregation. Having difficulty understanding English preaching, they sought out to establish their own church.  In 1858, Father Franz Weinhart, a German priest, was instructed by Bishop John Martin Henni to establish the new church on land donated by Holy Assumption Church.  The land donated was sufficient for the erection of the church, rectory and a plot for the cemetery.  Holy Assumption was to have a small area reserved for its cemetery.  Today, the two cemeteries adjoin and appear as one, though separate records are kept.  On May 18, 1858, the German congregation started construction of the church.  The cornerstone was laid on June 5, 1858.  It can still be viewed on the Northeast corner of the building.  It is said farmers hauled field stones in their horse-drawn wagons to the site.  Two-foot thick walls were put up using mortar made from sand, water and lime burned in the old limekilns at Trimborn Farms at 92nd Street and Grange Avenue.  On October 15, 1858, Rev. Weinhart was transferred to Sauk City.  Father Hubert Jansen was invited by Bishop Henni to act as pastor of Sacred Hearts.  He served as pastor from December 1858 to June 1864 and saw the completion of the church.  On October 15, 1859, the church was blessed under the title of Sacred Hearts of Jesus and Mary.  Father William Bonenkamp succeeded Father Jansen as pastor until his death on July 22, 1879 at the age of 43.

The next pastor of Sacred Hearts was Father Longinus Neu.  He served as pastor from 1879 to 1881.  During his term as pastor, the church was extended from 80 feet to its present length.  In 1881, Father Mathew Heigl succeeded Neu as pastor.  Also in 1881, a 140-foot steeple tower was built onto the church, replacing the original 'onion dome.'  It is believed the stained glass windows in the church were installed during this time period.  Upon the transfer of Father Heigl, Father George Trimberger led the parish as pastor for the next 33 years. During those years, a new rectory was built in 1902, new stations were purchased in 1908, hot water systems were installed in the school in 1909 and rectory in 1910, the grotto in the cemetery was built in 1911, and several other improvements were made to the parish.  Interestingly noted, in 1906, the parish census recorded 130 families.

Father Trimberger, who was responsible for organizing the Holy Name Society on November 11, 1915, died in 1919.  His successor, Father Bernard Nuttman, was pastor for 18 years. During Nuttman's time, the parish hall was built (1924).  In 1937 the interior of the church was replastered and decorated.  After a fire destroyed the interior of the sacristy in 1934, it was repaired along with the tower in 1939.  The parish also began its transition from the German language to English.

In 1955 the church underwent major renovations.  The pulpit and much of the ornateness was removed.  The ceiling paintings of The Madonna and other figures were covered and a side exit was installed.  By 1956, the parish grew to 2,457 families.  Father Rose was transferred and Father Louis Koren was appointed the new pastor.  With the increase in sister teachers to accommodate the number of enrolled students, the church drew up plans for a new convent on May 7, 1956. Excavation began in July 1958 on the site of the old school, with the completion of the project in January 1959.  During this time, Sacred Hearts experienced a rapid turnover of pastors; 5 in a 13-year span:  Father George Budde (February 1961 to September 1964), Father Roman Kotlowski (September 1964 to February 1966), Father William Loesch (February 1966 to March 1970), Father Charles Verhalen (March 1970 to March 1972), and Father David O'Malley (March 1972 to July 1974).  In 1969, under Father Loesch, Sacred Hearts Grade School was closed due to skyrocketing costs and lack of teaching nuns.  In 1969, the first Parish Council was formed.  In 1971, the church underwent its fourth major renovation:  the 113-year-old hand-carved altars and communion rail were removed, and new pews installed.  Portions of the school were rented out in the early 1970s, but religious education classes were held there at night.  The convent's ground floor was renovated to accommodate the parish administration offices.  The original convent was re-opened as The Thrift Shop in the mid 1970s.  In the fall of 1974, Archbishop William E. Cousins assigned the first SCJ's to Sacred Hearts:  Father Lindon, pastor; Father Sylvestor Benedict and Deacon Joe DiVenuto.  Different activities were offered at the parish:  annual variety show, bingo, square dancing and annual parish picnic.  Father Benedict formed a sports committee to raise funds to provide facilities and equipment for a parish sports program.  On Sunday, July 27, 1975, three new baseball diamonds were blessed.  The idea of re-opening the school was discussed at the Parish Council meeting February 1, 1976.  The Council announced the re-opening for fall of 1977 for grades kindergarten through sixth.  When the doors opened, Sister Rita Jean Schmitz was principal.  By the 1979-80 school year, eight grades were open, with 195 students being registered by 1982-1983.  In 1977, the church was proud to announce the ordination of Father Roger Savage on October 16.  Father Justin Guiltname became pastor in 1979.  The church was beginning a 3-year fund raising program, "Foundation Fund," to provide financial stability and funds for renovation and repair of the church property.

In 1981, the parish began RENEW, a 3-year program, under Father Paul McGuire, who became pastor in August 1980.  RENEW focused on the goals of personal renewal, conversion, and re-dedication of one's faith. From August to November 1982, the church underwent its fifth renovation.  The altar and pulpit were brought out into the body of the church, with pews surrounding on the sides. Bishop Leo J. Brust presided at the rededication on

Shortly thereafter, Father Edward Kilianski was ordained on January 29, 1983.  Father Howard Melzer was appointed pastor in July 1985 until July 1988.  During this period the parish participated in Synod 1987 where grass roots type meetings led to an archdiocesan review of recommendation into the future of the church.

Father Stephen Wiese became pastor in July 1988.  The council, under his leadership, introduced long range planning concepts to its agenda.  The guidance of the archdiocese was enlisted initially, but a "do it ourselves" program was developed using a parish outline recommended by a Catholic archdiocese planning group.  The program was to seek out the long-term interest of the parish and set goals for the next five years.  A 3-year moving window would be used to keep goals on track and adjust as needed.  The initial parish involvement was a survey of dreams, wishes, and realities, which identified the major concerns.  The replacement of the parish hall, church facilities, and school building improvements were highlighted.  A fundraiser to accomplish the first phase was oversubscribed in late 1991 and ground was broken for a new $1.3 million parish center on November 8, 1992.  Major changes to the church building were the reduction of the choir loft and complete turnaround of the interior.  Collaboration with other parishes also surfaced while Father Steve was pastor.  Sacred Hearts joined the South Cross Collaboration Team and began to explore ways of sharing resources.  Father Charles Bisgrove, SCJ, joined the parish in September of 1993 as associate pastor. Father Charlie, as he became known, was appointed pastor in June 1994 replacing Father Stephen Wiese.  The new parish hall and gym was well under way at this time.  Father Anthony Russo, SCJ, joined the parish in September of 1995 and was better known as Fr. Tony.  Many improvements were made to the parish complex during this time including some renovation of the parish rectory and general landscaping.  The parish also experienced significant growth as a result of the building of new homes in the area.

During this time the Parish Council participated in a "formation" process, and with the guidance of the Holy Spirit completed a restructuring.  From this process the council emerged with a more prayerful focus and greater sense of its mission.

The shortage of priests in the Milwaukee Archdiocese prompted the consolidation of parishes.  The Archbishop notified Father Charlie that Sacred Hearts of Jesus and Mary would be combined with Holy Assumption parish by July 1, 1998. Choosing from three parish names submitted by the parishes, the Archbishop notified Father Charlie on April 11, 1998, the new combined parish name would be St. Martin of Tours.

Father Charles completed his term at St. Martin's in June of 2000.  Father Tony remained with the parish as Administrator until being appointed as pastor early in 2001.  Father Tony continued the process of combining the two parishes and refining the strategic plan.  The process of merging the two parishes began and became St. Martin of Tours locating the new parish at the Sacred Hearts campus.

Because of the merger and Franklin’s rapidly growing community, the Archdiocese of Milwaukee recommended the building of a larger church.  This was a growing trend as the continuing shortage of priests was expected to lead to greater attendance at fewer masses.  A capital campaign, “Building a New Tradition” commenced in November 2002, raising $2.7 million toward the construction of a new church.  Groundbreaking was held on April 27, 2003 with construction underway that summer.  As the new church construction proceeded, the original Sacred Hearts of Jesus and Mary building was renovated into a gathering space (narthex) leading into the new church.  The cost of the church, including the hall and science lab, totaled $7.345 million and was completed in 2004 with dedication on October 4, 2004.

The Holy Spirit works through us in many ways.  After first leading us to construct the new church, the parish was further blessed to have Father Francis Tran, SCJ, a Vietnamese priest, join us in 2005 as an Associate Pastor.  Clearly the stage was set for something great to happen; and happen it did with the Vietnamese community joining the parish in 2007.

In January of 2008, we celebrated the installation of our new Pastor, Father Yvon Sheehy, SCJ, replacing Father Tony Russo who retired after serving the parish for 13 years.  This began another chapter in the rich history of St. Martin of Tours.

Father Robert Naglich, SCJ, was welcomed to the parish as an Associate Pastor in June of 2008 and shortly thereafter we were blessed to have Brother Long Nguyen, SCJ join us in ministry in August, 2009.  Father Thi Pham, SCJ, who interned with the parish in 2005, prior to his ordination, returned to St. Martin of Tours as an Associate Pastor on April 12, 2010, leaving the parish on September 30, 2013.  To fill the vacancy for a Vietnamese priest, Father Joseph Thien Dinh, SCJ joined the parish as Associate Pastor on October 1, 2013, moving to his next adventure on October 1, 2017 bringing to the parish Father Joseph Quang Tran, SCJ from the Province of Vietnam for his first assignment in the United States on October 6, 2017.  Also joining the parish in 2017, replacing Father Yvon Sheehy, SCJ who moved to work with the ESL program at Sacred Heart Seminary and School of Theology, was Father Terence Langley, SCJ on July 1, 2017.

May, 2018 we celebrated the retirement of the mortgage on the new church.

Enrollment in the parish school had been on the decline since 2006 and in 2016 operation of the school was transferred to Seton Catholic Schools, an Archdiocesan initiative.  The 2018/2019 school year saw K3-5 as a Montessori school, and total school enrollment of 58.  The decision, approved by the Archdiocese, was made to once again close the school, and at the end of the 2018/2019 school year, June 7, 2019 the school closed.

We continue our journey –moving forward finding ways to increase mass attendance, reception of the Sacraments, further help those in need, and provide enhanced adult educational programs - to list a few, all because of our parishioners practicing good stewardship.